Loading SWF for the first time...
Adobe Flash is required to run this project in the browser. Enable Flash
Support This Game

Thought you guys might enjoy an Undertale fan game I just created! It contains bullet-hell gameplay and #Undertale style art so it should be fun for you guys! Also I'm a huge Undertale fan so I've created some other Undertale fanart/fangames that might be of interest on my DeviantArt account!

tl;dr A Undertale meets #Escape the Room combination that should be fun for people who like puzzle and fighting games! warning:might have a jumpscare but don't worry it's not bad

FEATURES:
3 Different Endings!
5+ Boss Battles
A Crazy Arcade Mode where you can fight to your heart's content
Many secrets to find!
Endless fun!

If you like this, let me know what else you want to see!

Ah I see I need flash to play

Stuck in the year of the sheep

Stuck in the year of the sheep

Stuck in the Year Of the Sheep...

When Yang told me to leave I thought to myself," What if I wait until Yang is done talking?" Yang beat me.

LOVE IT!Reminds me so much of undertale yet it dosen't and I love all of the refernces (especially were you get the call that says "JUST DO IT!" 😂

I think this is a secret but the fnaf animatronic thing with the bloody handprint is a reference too the first incident in Freddy fazbear's pizzeri, where one of the 4 animatronics(chica, foxy, freddy and bonny obviously) bit off a kid's frontal lobe, it said freddy had a handprint, on his forehead looking like someone was fighting back, the reference could mean freddy has done it

;-; I killed the monkey stuffie, and it somehow caused me physical pain.

I see you; Stuck in the year of the sheep; Happy new year

my feels hurt so bad

Good job and thanks for playing! <3

And on second try, Happy New Year!! Final score of 647~. You made a beautiful game here, Dev. It sorta hits at the feels, actually. Thank you for making this! Hope to see more similar-style games in the future?

Thanks so much <3 I definitely love making these types of games and will keep making them!

Dang this is tough... Reminds me of a cross between Undertale and Deep Sleep, for some reason. You did an amazing job on this ^^

Thanks so much for the kind words :) That's the vibe I was going for!

Kinda cool, tricky and creepy too tho.

stuck in the year of the sheep

year of the sheep

Being born in the year of the sheep, I have to say this is a wildly creative game! I only managed to find one ending, but I loved it so much! Thanks for the exciting experience!

Hello, Can I pleae play this on my YouTube, I love the idea!

Of course you can! Also, I just released the sequel, Can You Escape Fate! https://chibixi.itch.io/can-you-escape-fate-an-escape-the-room-game-inspired-by-undertale

My younger brother is so offended because he's born on the year of the monkey! XD 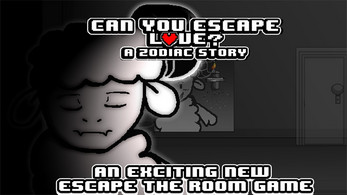 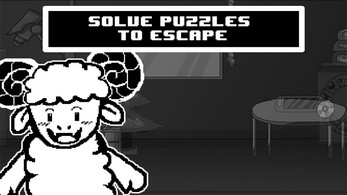 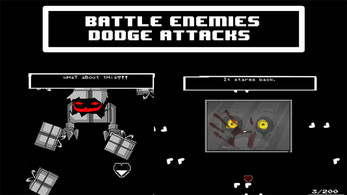 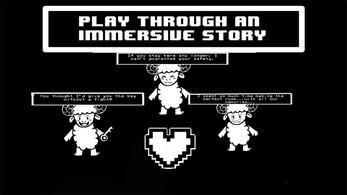 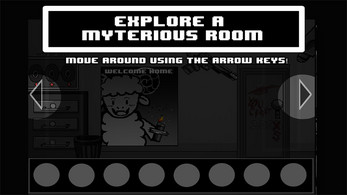